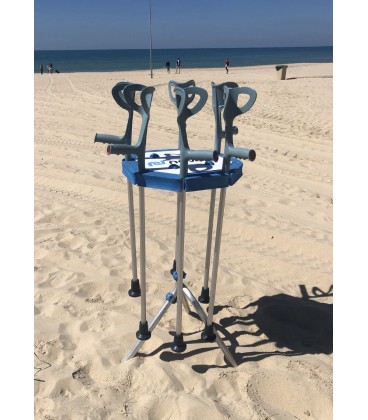 Our amphibious crutches are designed in order to make easier for the user to walk over the sand. To make it possible the base of our crutches is wider and this system avoid that the crutches gets into the sand and provides less stability to the person with reduced mobility problems, so this people could be able to walk safely and confident with them and also come in and out of the sea with them in an easy way.

These crutches can be used also at the water; they are made of aluminum which is a quite resistant material to the abrasive character of the sea, avoiding the corrosion, in addition they are fulfilled with a special material that guaranties its floatability.

The base of these crutches is made of rubber and it surface is thought to not get sand stuck, with wider slots than conventional crutches, that makes its cleaning easier.

Each pack of amphibious crutches includes a crutches holder, which is called “flower” by its shape, which can hold up to 4 pairs of crutches. These pairs of crutches are made in different fix sizes, for being suitable for children and adults of different heights. We do not use adjustable sizes crutches to avoid that water come into the crutches deteriorating them easily.

No customer reviews for the moment.

29 other products in the same category: 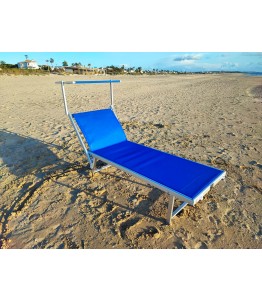 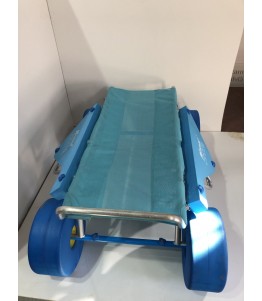 To be determined Shipping
$ 0.00 Total

has been added to compare.
has been removed from compare.
Continue shopping Compare